Thank you for your patience as we at People Can Fly, in cooperation with Square Enix and Square Enix External Studios, are doing our best to fully realize our most ambitious project to date.

OUTRIDERS is a co-op RPG shooter for a new generation set in an original, dark and desperate sci-fi universe.

As mankind bleeds out in the trenches of Enoch, you’ll create your own Outrider and embark on a journey across a hostile planet. With rich storytelling spanning a diverse world, you’ll leave behind the slums and shanty towns of the First City and traverse forests, mountains and deserts in pursuit of a mysterious signal.

We’re combining intense gunplay with violent powers, along with an arsenal of increasingly twisted weaponry and gear-sets to offer you countless hours of gameplay.

OUTRIDERS will release on PlayStation 5®, XBOX SERIES X® and PC in Holiday 2020.

OUTRIDERS will also release on PlayStation 4® Entertainment System, and XBOX ONE®, the all-in-one games and entertainment system from Microsoft. 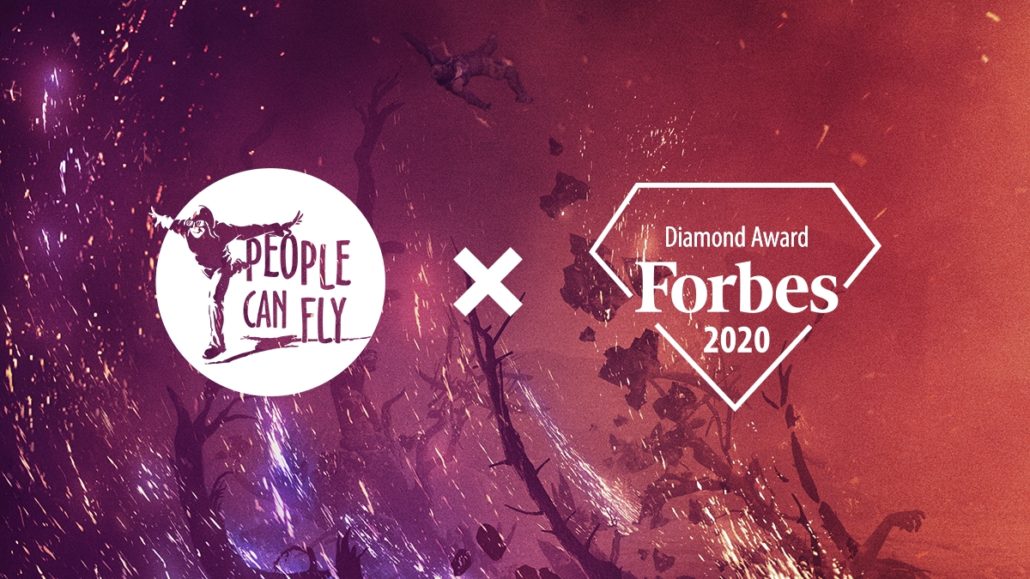 We are happy to inform you that People Can Fly was awarded with the Forbes Diamond Award 2020.

Forbes’ Diamonds is an annual ranking of companies increasing their worth the most dynamically.
For over a decade it has been one of the signature projects of the Polish edition of this iconic magazine.

This means that we have now found ourselves among the best companies in Poland.

You can learn more at: forbes.pl