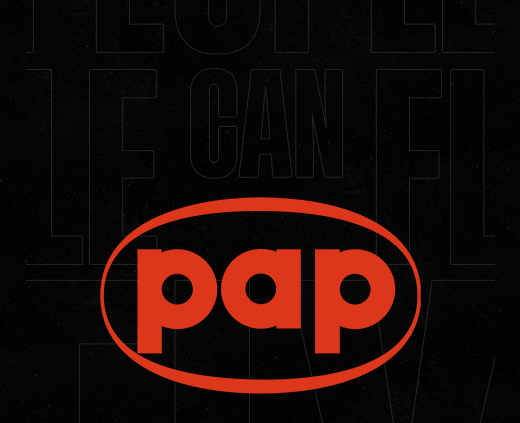 The PCF Group expects “Outriders” to approach the break-even point next year, after an expansion of the game is released – tells PAP Biznes the firm’s CEO Sebastian Wojciechowski. The company continues to work on two new contracted projects: “Dagger” and “Gemini”, one of them already in advanced pre-production. The studio’s self-published game is also being prepared but it is still a question if the players and investors will hear news about it next year.

“I expect that after the release of the ‘Worldslayer’ expansion we will get close to the break-even point with “Outriders”. Additional costs related to the new content do not cause any dramatic changes in the project’s profit and loss account, although obviously the ‘Worldslayer’ development costs increased the total costs to be settled in the “Outriders” project. However, on release we will start to see additional revenues with no further costs of works being incurred – that will be good for profitability” – tells PAP Biznes Sebastian Wojciechowski, CEO and core shareholder of the PCF Group.

The game “Outriders” released this April is the largest yet production from PCF, developed for the Japanese publisher Square Enix. On top of the development fee, the Polish firm expects royalties (although their percentage has not been disclosed), but only after Square Enix reaches a sales level sufficient to cover the publisher’s costs, including game development and marketing. Despite the relatively strong sales, estimated by PCF in August at two-three million copies, the break-even point is yet to be achieved.

Currently, the Polish developer works on “Worldslayer” – a major expansion for the game to be presented for the first time this spring. It may be a major project because, as PCF disclosed in its Prospectus, the work on this “Outriders” expansion commenced already in the first quarter of 2020.

The game attracted quite a lot of interest on release but at the same time received a fair share of negative reviews from the players, mainly caused by technical problems with the online game. CEO Wojciechowski believes that “Outriders” could have been more successful were it not for the issues accompanying its release, partly caused by the pandemic outbreak.

“The demo (a pre-release demo version of the game – PAP) generated strong interest in the game, it was a great idea. Later, however, at release, we encountered some problems, both with the infrastructure and the game itself, and some of the momentum was lost. It is a lesson for us and – I suppose – for the publisher too, that some things require extra diligence”.

“The reviews we are seeing today are a good indicator of what we could have achieved from the start. I will not try to hide behind the pandemic but, objectively, COVID did not do us any good. We were on a short final without external QA – our partners could not work due to safety reasons and the market did not have enough time to fully shift to effective remote work”.

Today, 65 percent out of 40 thousand reviews on Steam are positive, which ranks as “mixed” reviews. However, from mid-November, as the New Horizons DLC was released, the reviews started to improve. As much as 80 percent of the last month’s reviews are positive.

Along with the support for “Outriders”, PCF continues work on two other high-budget (“triple-A”) games under contracts with external publishes: “Gemini” has been in development since the first quarter of 2020 in cooperation with Square Enix, and in July 2020 the firm signed a contract with Take-Two Interactive for a game under the working title “Dagger”. Both games should be released before the end of 2024.

“Both projects: ‘Dagger’ and ‘Gemini’, are still in the pre-production phase. I can only say that one of these two projects has advanced quite far into that phase” – says Wojciechowski.

The PCF Group’s core business is the cooperation with global publishers, however the firm also works on a new game, to be developed and published in-house.

“I cannot say right now if an announcement will be made next year. The project is now in pre-production” says Wojciechowski.

“In this project we want to lean on cooperation with the gaming community, in particular because it is our own IP. We need not rely on third-party solutions provided by publishers. The whole responsibility for the project, for all its elements, is on us. We have gathered a new, excellent global team to handle it. The game is being developed in the USA.”

The firm is yet to reveal the game genre, but the studio’s track record points to a shooter. CEO Wojciechowski readily admits that the PCF’s genre of choice is the most competitive field, but at the same time shooters attract more players than any other games.

“Because of that there are many firms trying to thrive like we do, by making action games or shooters. Obviously, it is not easy to mark your place here. Many games go completely unnoticed.”

In line with the firm’s strategy, the proprietary game’s development will be conducted alongside the work for external publishers.

“We commit a lot to this game, but by far not all. Our strategy is to continue the cooperation with publishers in parallel to our own development and publishing efforts under the PCF brand. This is our first attempt and we invest heavily, but also reasonably. To use soccer phraseology – we are not afraid to tackle, but we do make sure that we can keep our balance” explains Wojciechowski.

In response to our question whether, after 2024, the company will continue to combine own projects and publishers’ contracts CEO said “Our strategy post-2024 will be driven by many factors. For instance, whether we will grow organically or take leaps through acquisitions. It also depends on how successful the games we are now developing will be”.

The Group works on concepts for the next two games. Wojciechowski says these projects may not be fully developed and published by PCF itself.

“We are open to commercializing them with an external partner. However, we want to take them up to a milestone that will give us an entirely different negotiating position with publishers” he says.

“There are many factors to consider in deciding whether we talk to publishers or self-publish” he adds.

The firm has recently announced in a strategy update its intention to publish games in new genres.

“We can see a geyser of energy in our group, a will to do new things, and we want to have these projects under our wing. We want to creatively build on our experience, look for new inspirations, a new climate. We see new exciting perspectives for the studio’s future” tells PAP Biznes Mateusz Kirstein, PCF Chief Marketing Officer.

“What we conveyed in our strategy update is that we are open to new game genres, rather than to something completely foreign. We must build on what we currently do well ¬– our value for potential partners would suffer had we strayed from it” adds Wojciechowski.

CEO explains that the new concepts are not on a rigid timeline.

“From the point of view of a firm like PCF, conceptual work is not expensive. We set no deadlines. It is better to do it well than to do it quickly”, he says and adds that such work can be discontinued before pre-production or even later, if the potential of conceptual assumptions is not proved in a game prototype.

The firm is open to new game concepts.

“If we see more new good concepts we will naturally want to nurture them, give them a chance and support, first intellectually, then by building a team around them. It does not take hundreds of participants and it is something we can afford”, says Wojciechowski.

The PCF Group used to estimate that its peak demand for staff when projects “Dagger” and “Gemini” move out from pre-production will be approximately 300 game development professionals. However, given the number of concurrently pursued projects, it is already clear that they will need more.

“We already have this many (approximately 300 – PAP) employees and associates, but we also already know that we will need more. In the meantime, we have started our proprietary project and we have two more lined up that will need to be staffed as they leave pre-production”, says CEO.

However, Wojciechowski is not worried about the pace of recruitment. The head of PCF believes that the group can relatively easily recruit new staff because it is present in several countries, with three offices in Poland (Warsaw, Rzeszów, Łódź), two in the USA (New York, Chicago) and one in each of Canada (Montreal) and United Kingdom (Newcastle).

The firm’s employment has indeed been growing quickly recently. The two months from the end of September to the end of November saw an increase in employment by approximately 30 employees, up to 450. Out of this number 133 employees are US residents who work for PCF remotely, as do some of the teams in Poland. Nevertheless, in the CEO’s view, it is too early to assess the ramifications of shifting the Group to partially remote work.

“We would need to complete several development cycles and compare them to historical data, but even then it would be very difficult due to technology variables, such as the new generation of consoles. Even within our Group we see different approaches to remote work. In Warsaw, for instance, nearly half of the team regularly appears in the office. In the United States – everybody works remotely”, he says.

“Judging by the progress of our projects, things are looking quite good. Remote work relieves us of at least one major issue which is staff relocation”, he adds.

While growing organically, the firm also thinks about further acquisitions. This year, the PCF Group has already acquired the Canadian company Game On and a game development team in Chicago which formed the core of the firm’s new studio.

“We conduct various negotiations but it is too early to declare that something is going to happen in the nearest future”, says Wojciechowski.

“We certainly want to expand in those geographic areas where we already have a foothold ¬– with infrastructure already in place it is that much easier to hook up another car. So, we are open to various options in Europe and North America. We are currently not planning to expand in Asia”, he adds.

The company is active on the M&A market but, as CEO Wojciechowski declares, it will not be too aggressive in spending its liquid funds. Those funds will also be necessary to work on the proprietary game and to increase the scale of work on the concept projects. As at the end of September, the Company had approximately PLN 150 million of cash in banks.

Inquired about acquisitions in Poland, the head of PCF said that at this stage of development finding an interesting target in Poland is relatively harder than elsewhere.

“In terms of the number of teams capable of developing a triple-A game, there is a scarcity in Poland. We see it more clearly now, that we have access to the talent pool in the United States, where new hires with experience from several triple-A projects are not uncommon. The inflow of such expertise is very constructive for the whole organization”, he says.

https://peoplecanfly.com/wp-content/uploads/2021/12/pap-520x740-1.png 740 520 Karolina Uzarek https://peoplecanfly.com/wp-content/uploads/2020/05/pcf-logo-black-new.png Karolina Uzarek2021-12-10 15:26:232021-12-10 18:17:12PCF’S CEO INTERVIEW FOR POLISH PRESS AGENCY
Scroll to top
This website uses cookies and similar technologies. By using this website, you consent to the use of cookies in accordance with your current browser settings. Read more.
close
Please enter your birth date to continue
submit
x