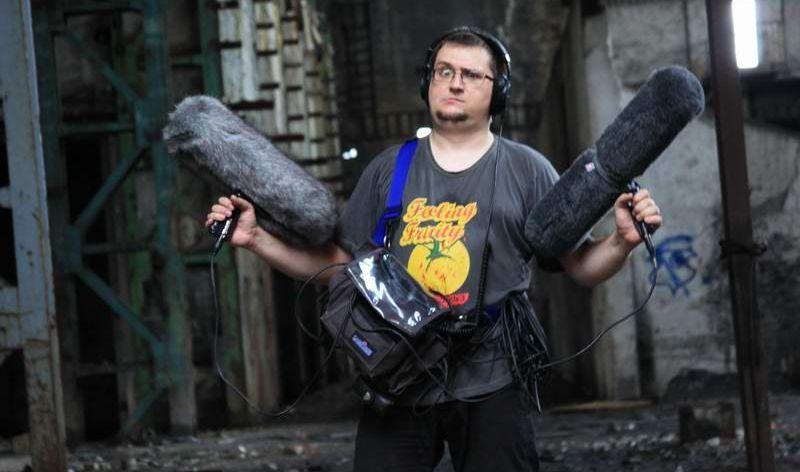 The music and sound design of Bulletstorm. From recording zippers to a world-class studio.

It was a nice and quiet day when I hooked up with some of the best sound designers and game music composers in Poland. Why was I having this digital meeting on Skype, you may ask?

Because they all worked a few years back on Bulletstorm, producing one of the most memorable soundtracks in the history of the medium. Fittingly, before our call, I’d been listening to the game’s OST which was as epic as I recall it was back then when Grayson Hunt first rushed into action on my old Xbox 360. I started to wonder if that was the plan all along.

The plan is the key to the music

“You know…” – started Marcin “Cedyń” Czartyński “…you have to plan the music since the beginning of the project. The thing is, you can’t be sure when the composers can come in.”

He admitted it wasn’t as simple as it sounds.

“It’s not that easy to establish a timetable for that, as design can be quite unpredictable.”

“One thing is sure as soon as the team has some concepts visualized and we can tell how the game’s world is gonna work and look like, it’s time for us to start thinking about what we can do here in terms of music. You can’t do anything good in two-three months-worth of work. That’s just not possible”

Clearly, the more time that was spent on it, the better it would end up, as tends to be with every artistic work.

But how did it work with Bulletstorm in particular?

Krzysztof Wierzynkiewicz answered this question telling me, that they had more than 9 months to create the whole soundtrack which was a good timeframe. He also reflected that it depends on the company’s awareness of the project as sometimes it happens that music production starts too early in the process.

We’ve established that game development can be very tricky, as nobody can predict with 100% accuracy just how much the game and creative ideas will change during the process.

Guitarist Olo Grochocki recalled how at one point during Bulletstorm’s production, they figured out that the game needed more tribal sounds. The music evolved parallel to the project, it seems.

“You make iteration after iteration, it’s a bit like making music for a TV show. The composer sends a part to the guy responsible for the project. He may give it thumbs up or say that he has a better idea and tries to convey it to the composer. It’s called a feedback loop. Producing one minute of music takes dozens and dozens of hours.” 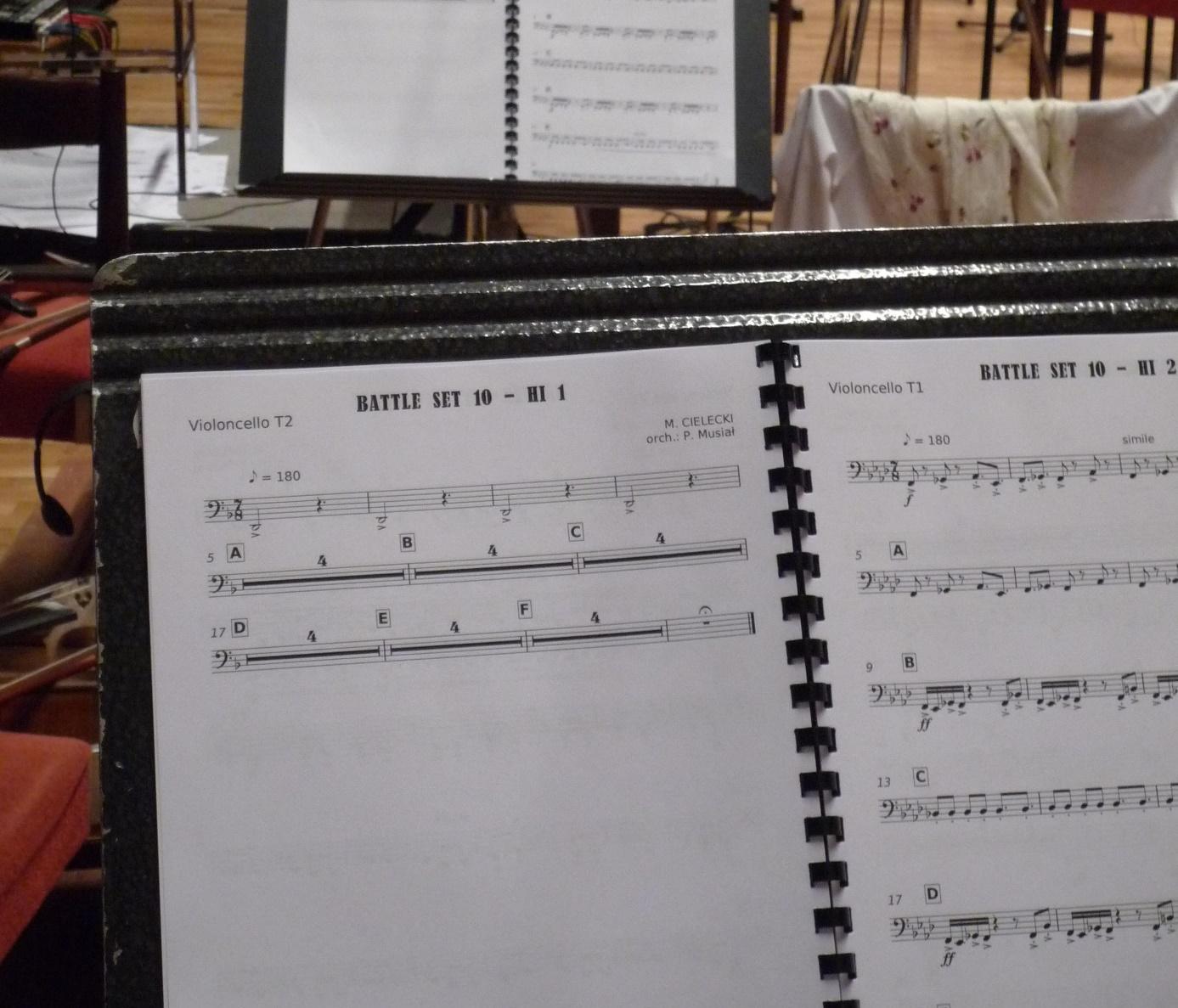 That’s a really small part of the whole music composed for Bulletstorm.

Putting your sheets together

Adam Skorupa spoke about the next steps.
“After the creative “phase” there’s also orchestration and mixing needed. It’s a lot of work for even a minute of a finalized musical score.

“I’d be absolutely happy like never before if a minute of musical work actually resulted in a minute that was straight-away ready to be implemented in the final product!”

Bulletstorm, as a game, takes a lot of inspiration from Hollywood blockbusters. But at the same time, it serves as a unique pastiche of a genre. It’s no surprise then that the music is as epic as it can get.

Every composition serves as underlining of the actual scenes playing out on the screen.

However, it doesn’t mean that such a “film score” can’t be memorable.

“Film score doesn’t necessarily need to have a nice and catchy melody. It illustrates the situation and gives a musical context. In some scenes, it wouldn’t be wise to create captivating music as it would take away the player’s attention from the actual focus, for example, important dialogue” explains Marcin Czartyński.

“We haven’t even though about any other genre when we’ve started our work on Bulletstorm” concludes Wierzynkiewicz.

“The epic film score was our first bet and it proved itself being a hole in one. We’ve only experimented a bit with tunes, farther in the development cycle, and added a few tribal sounds and electronic beats.”

Olo Grochocki detailed some of the experimentation that went into the soundtrack.

“In one of the pieces, we used a 100 years old prepared piano and sampled sounds by dragging a chain through the strings. In another piece, I played on a distorted bass using a fiddlestick.” 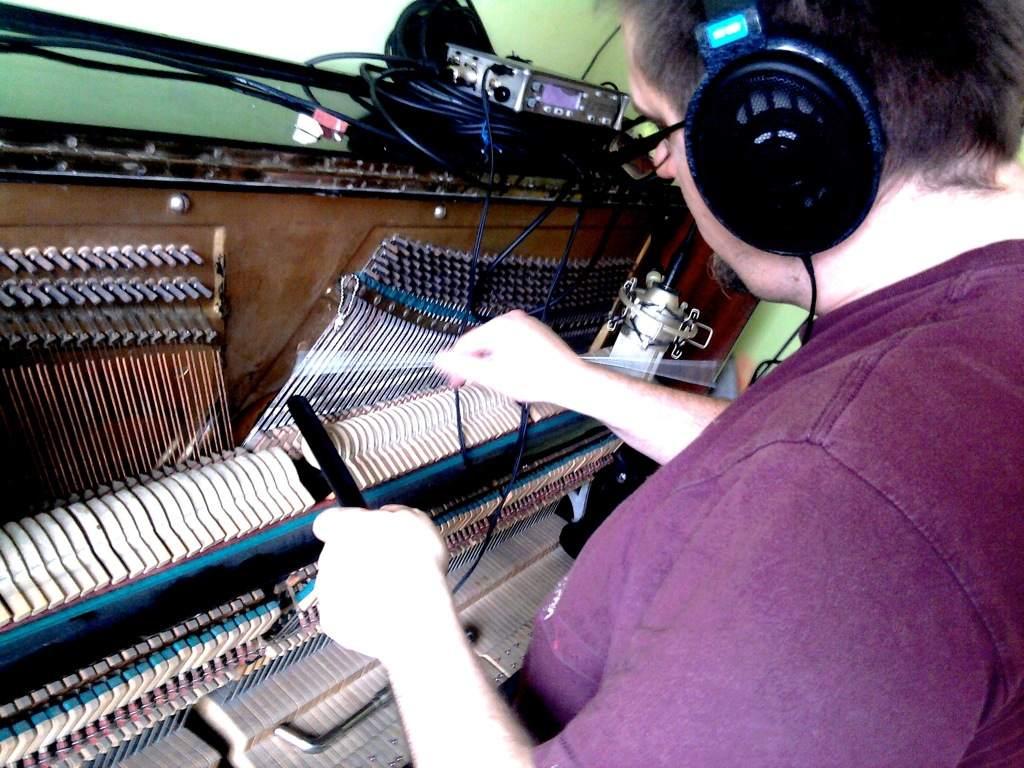 Prepared piano in it’s glory, being recorded by Marcin Czartyński

As Czartyński continued on the topic, it was obvious that he was extremely proud of the music they produced.

He suddenly stood up from his chair and left the room. He came back minutes later with an impressively full box, full of various sheets.

“Look, all of the pieces were composed for a full orchestra and a choir. That box that I’ve carried here to show you is full of musical sheets. All of them are for Bulletstorm. We went full pro, and we were first in Polish game dev to do so.”

Adam Skorupa giggled a bit, then elaborated on the choir and why he had to giggle:

“Oh, yeah. As for the choir, I just remembered one funny story. We’ve used some gibberish words in those pieces. And the girls singing couldn’t stop laughing, as some of these words apparently sounded by chance really nasty in actual Latin.”

Olo told me that the orchestration was done by Piotr Musiał, with a full orchestra of 15 brasses and 50 strings.

“And of course, we can’t forget about 40 singers who did an amazing job.”

Michał Cielecki likened the fantastic skills of the string instrument players to robots, as they played so impressively and precisely to the beat.

Adam cuts in with another story he remembered.

“We did the whole soundtrack, and then at the last minute, super late changes came. We had to cut some music pieces, as cutscenes were changing So we had to put a few samples between the live and the recorded instruments. It was a very abrupt decision, which rarely happens at this stage of development.’

They overcame the challenge though, as he proudly exclaimed.

“We managed to do the job right so the players wouldn’t recognize the sampled sounds!” 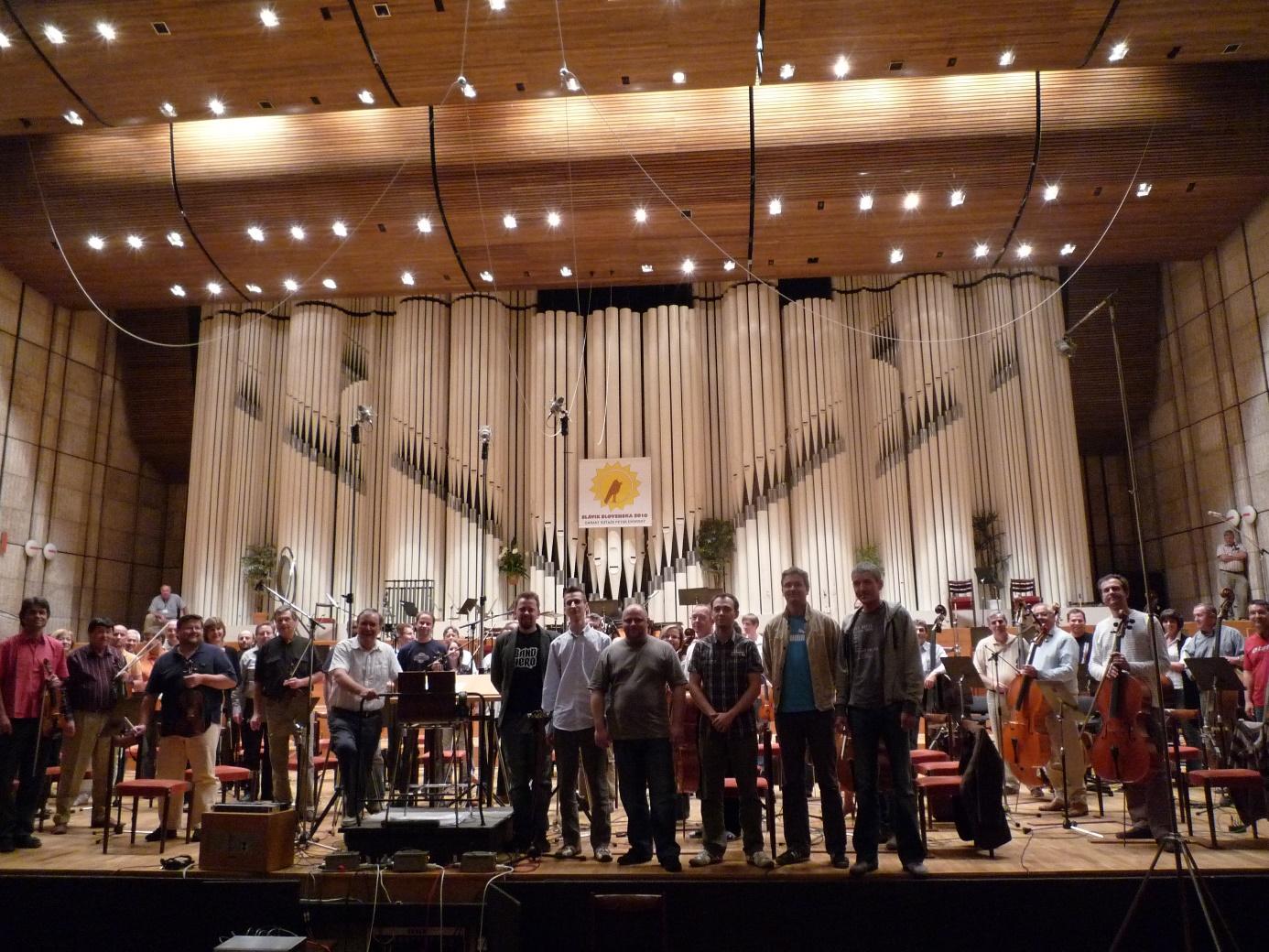 Photo from an orchestra recording session in Bratislava

So, as it seems, that even the most professional production can get rocky sometimes. But with great minds working on the project and the team effort that was put in, any obstacle could be overcome.

“We were the first to built such a professional studio” Marcin Czartyński.

Adam adds “Yeah, I was nearly fired from my job by Epic because of that! (laughs) I told them week by week, that if we’re working on a AAA class game with a AAA budget, therefore the composers and sound designers need a AAA workplace. We started guerilla mode, with Cedyń running around the backyard with the recorder and ended up with one of the best studios in the game dev world.”

Czartyński, like a magician, revealed more tricks to get the right sounds for the game.

“I fondly remember recording Grayson Hunt’s slide, rolling the bucket on the pavement in London. We also got some help from our friend’s at Epic in America, who provided us with some gun sounds. We used a lot of traditional tricks as well, such as the sound of exploding guts. In reality, this was created by punching cooked noodles!”

There is more too. Skorupa adds:

“Do you remember the part when the heroes slide down on the ziplines? The sound of that comes from… zipping and unzipping pants! The ammo pickup sound was recorded from playing with zippers in coats.”

“We were really proud of the wind sound which was an actual wind playing through the leaky window in one of the rooms in the studio” Czartyński added.

Figuring out how to create a convincing sound is a great challenge for sound designers.

It takes a lot of imagination and experimentation for the result to sound natural enough to fool the player’s ear. There are also other difficulties which sound designers can encounter while working on the project.

“Oh, man,” Adam Skorupa says, his face looking like he was recalling a real horror from the depths of his memories.

“That one level where you’re riding a train which is being chased by a large wheel of destruction. There’s everything. Characters yelling, guns firing, quad-riding enemies, the sound made by the turnpike, explosions, the friggin’ wheel itself. Oh, and of course the epic music playing in the background. That was a disaster.”

“There was just too much going on on the screen. The level designers didn’t think about how it would work sound-wise. I worked on mixing it, Adam worked on it, and then back to me again. We just couldn’t figure it out. No one wanted to take this from us.”

At one point they just settled with what they had come up with, apparently stating that they wouldn’t be able to make it better.

“I tried to work on the sound design of this level again while the studio was preparing the remaster. I cut the bass from the musical score, which I really hated doing, and rearranged sounds here and there. It’s a bit better, but not perfect still.” Czartyński explained.

“I would love to ask some to show me how should I mix this level, so it actually sounds good, cause I have no clue honestly. That’s exactly why the level designers should also think about the sound when working on the game.”

Czartyński concluded with the remaster.

“Besides mixing the ‘wheel section’ once more, I did a complete pass through the sound and music in the game, polishing the mix and adding some sound effects where they were omitted in the original release. I find the new mix a lot more dynamic. The sound in the cutscenes was basically done from the ground up. It was 6 months of work, but I was absolutely satisfied with the final results.” 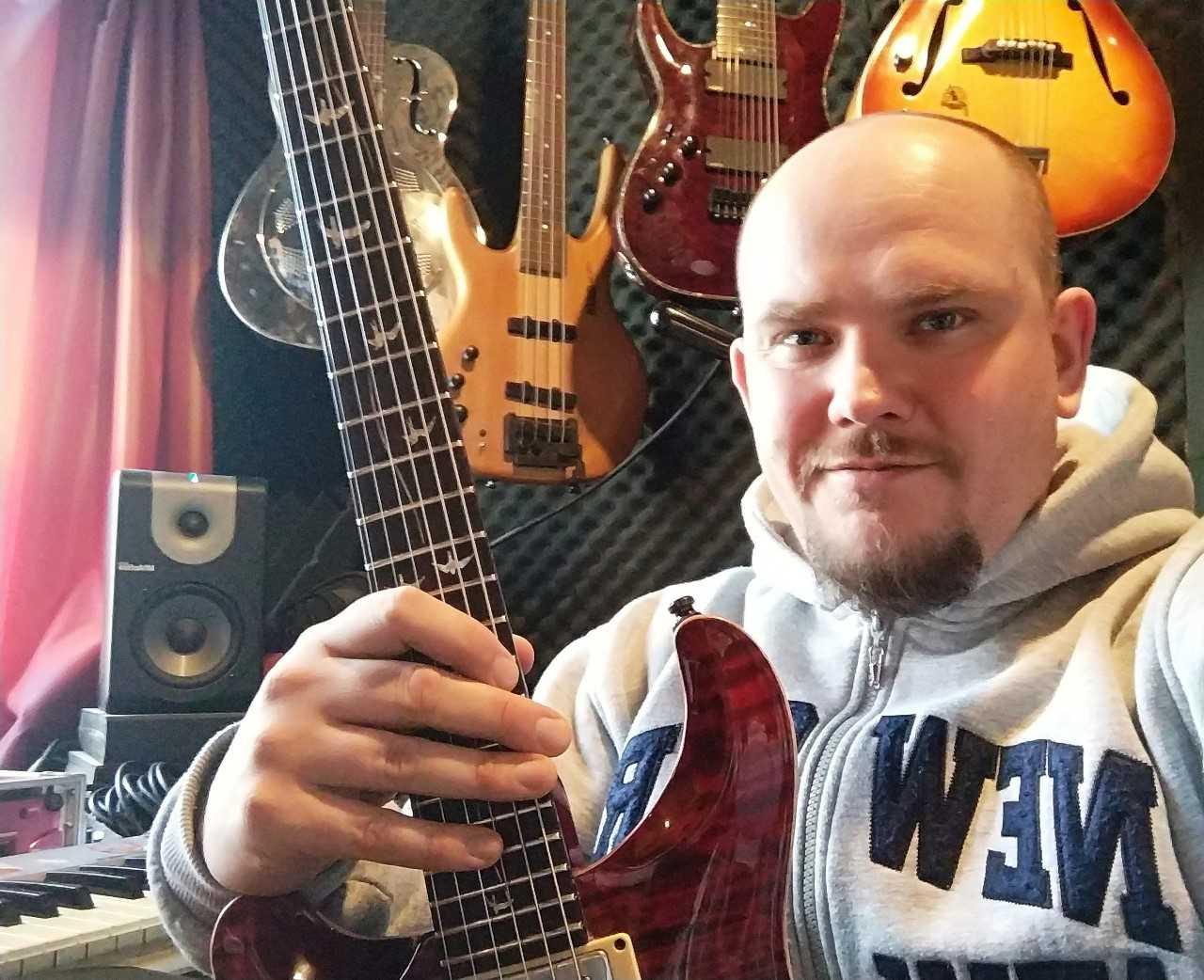 On the bright note

We’ve come to the end of our chat, full of fond memories by looking through the lens of time.

What has changed in the sound designer’s and composer’s work in the last couple of years?

Michał Cielecki agreed. “Yeah. Nothing has really changed in the way we work.”

“Though we do have more powerful machines, so it’s a bit quicker to get the work done today.”

He is no doubt thankful for this advancement.

“While working on Bulletstorm I was still composing on a laptop and one piece had to be split between many projects because of the hardware limitations.”

“We started a trend. As we’ve said before – we were the first team in Poland who did the music and sound design for a video game by the book, professionally” – adds Adam Skorupa.

”Krzysztof and Michał won a contest. They weren’t hired because they knew someone. They are amidst the best in the industry. We worked hard to create a professional workplace and do an orchestral score. It was all a groundwork for future projects. Not only ours, but we showed that we can, as Polish developers, work on the highest possible AAA level.”

https://peoplecanfly.com/wp-content/uploads/2019/05/image2.jpg 472 800 kbajan https://peoplecanfly.com/wp-content/uploads/2020/05/pcf-logo-black-new.png kbajan2019-05-06 10:20:222020-12-06 22:37:05The music and sound design of Bulletstorm. From recording zippers to a world-class studio
Scroll to top
This website uses cookies and similar technologies. By using this website, you consent to the use of cookies in accordance with your current browser settings. Read more.
close
Please enter your birth date to continue
submit
x