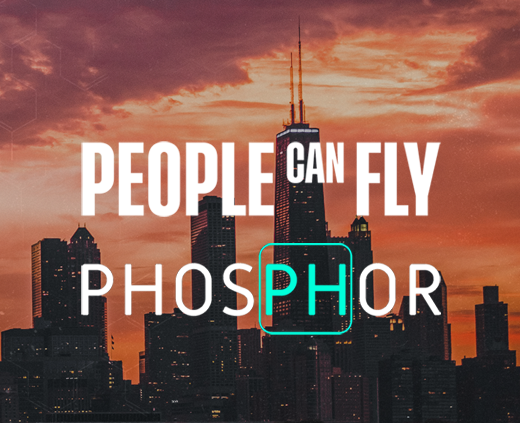 We are happy to announce that PCF Group takes over Phosphor Games development team with a newly established subsidiary – People Can Fly Chicago, LLC.

Phosphor Games, LLC, founded in 2009, is a mid-size highly experienced development team led by Justin Corcoran, Jarod Pranno and Chip Sineni. Phosphor is an Unreal Engine studio, and its portfolio includes titles such as The Brookhaven Experiment, Heroes Reborn: Gemini and Nether.

“We are very excited to be joining People Can Fly to open a brand new Triple-A studio – People Can Fly Chicago. Our goal is to strengthen PCF’s presence in the US and help build People Can Fly as a global brand.” – he points out.

“Taking over the Phosphor Games’ team is simply an execution of our strategy, announced during PCF Group’s recent IPO. With the variety of on-going projects, we need well-seasoned, ambitious professionals to bring our plans to fruition.” – says Sebastian Wojciechowski, People Can Fly’s CEO.

“Considering Phosphor’s team experience and quality I’m sure they will be a great addition to the PCF family and will facilitate our growth. Welcome on board!” – adds Wojciechowski.

Established in 2002, People Can Fly, is one of the best AAA game development studios in Poland. PCF operates in Warsaw, Rzeszów, Łódź, New York, Newcastle and Montreal. PCF made its mark on the shooter genre and is known for titles such as Painkiller, Bulletstorm and the recently launched RPG shooter, Outriders.

People Can Fly is currently working on two other AAA projects: a new game for Square Enix and a recently announced original, action-adventure title for Take-Two Interactive.

People Can Fly made its debut on the Warsaw Stock Exchange in December 2020.

With the PCF Chicago announcement People Can Fly is pushing its staff count to over 320 people across the globe.

https://peoplecanfly.com/wp-content/uploads/2021/04/mediacenter-pcf-pion.png 740 520 Karolina Uzarek https://peoplecanfly.com/wp-content/uploads/2020/05/pcf-logo-black-new.png Karolina Uzarek2021-04-23 21:58:292021-04-28 00:50:21WELCOME PCF CHICAGO!
Scroll to top
This website uses cookies and similar technologies. By using this website, you consent to the use of cookies in accordance with your current browser settings. Read more.
close
Please enter your birth date to continue
submit
x